Voyager Med
Find Out How It Works
Am I a candidate for treatment? Learn more
Request a Virtual Consult Start Here
Voyager Med
Questions?
Call 1-503-601-5251
Contact us through email
info@voyagermed.com
NON HODGKINS LYMPHOMA

Lymphoma is a cancer of a part of the immune system called the lymph system. There are many types of lymphoma. One type is Hodgkin disease. The rest are called non-Hodgkin lymphomas.

Non-Hodgkin lymphomas begin when a type of white blood cell, called a T cell or B cell, becomes abnormal. The cell divides again and again, making more and more abnormal cells. These abnormal cells can spread to almost any other part of the body. Most of the time, doctors don't know why a person gets non-Hodgkin lymphoma. You are at increased risk if you have a weakened immune system or have certain types of infections.

Non-Hodgkin lymphoma can cause many symptoms, such as

Your doctor will diagnose lymphoma with a physical exam, blood tests, a chest x-ray, and a biopsy. Treatments include chemotherapy, radiation therapy, targeted therapy, biological therapy, or therapy to remove proteins from the blood. Targeted therapy uses substances that attack cancer cells without harming normal cells. Biologic therapy boosts your body's own ability to fight cancer. If you don't have symptoms, you may not need treatment right away. This is called watchful waiting. 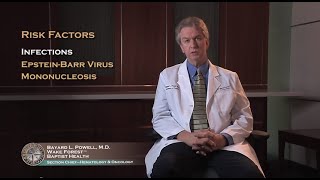 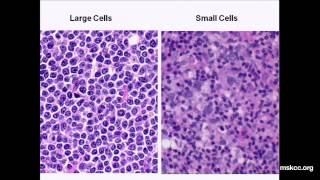 CREATE YOUR ACCOUNT TO CONNECT WITH A VOYAGERMED DOCTOR

This Is How It Works Modal Window!!!